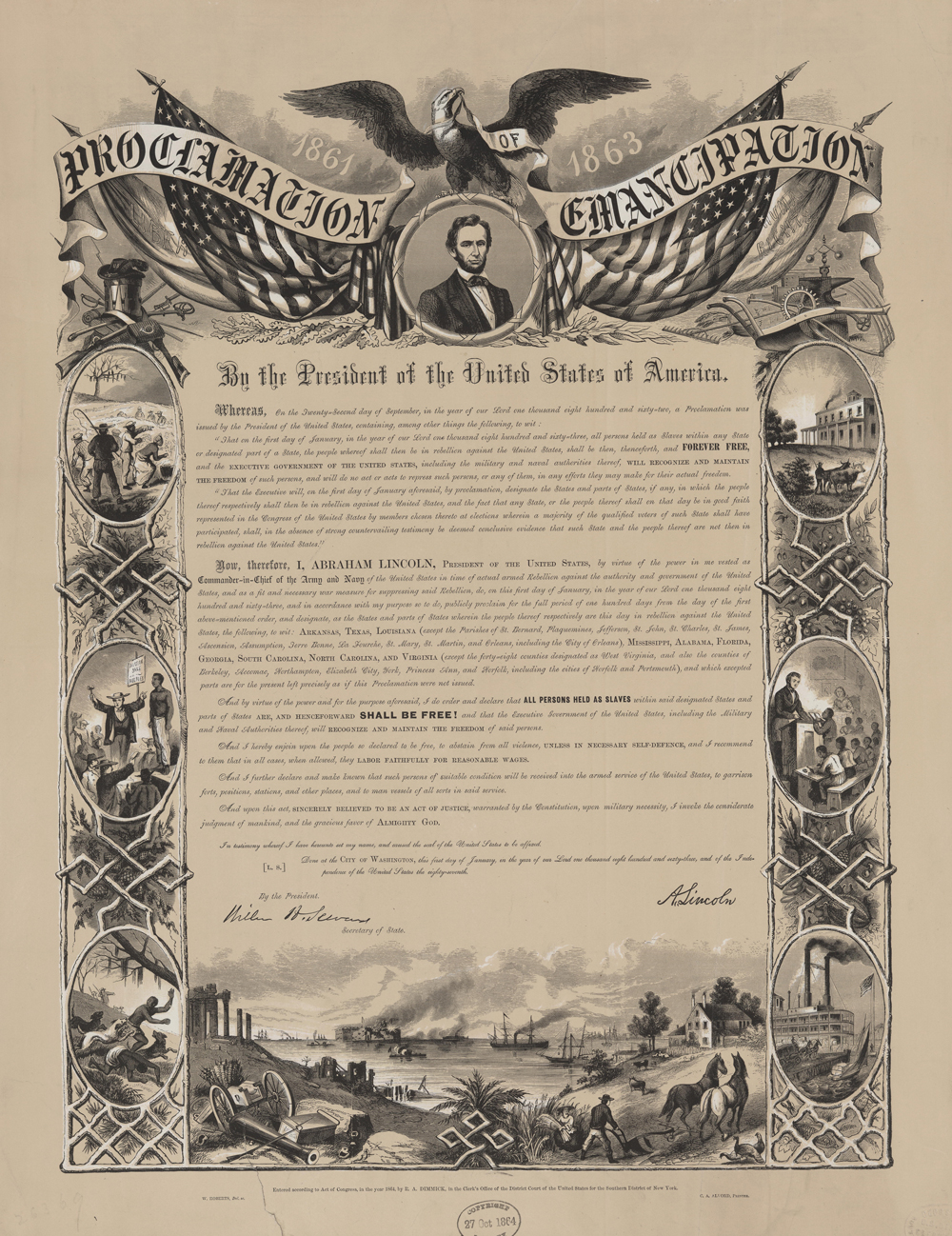 9 DATES OF THE 9TH MONTH

the preliminary Emancipation Proclamation. He will make it official on 1st January 1863, in the context of the US Civil War, ordering to free the slaves not in all the USA, but only in the Confederacy, that is, the states against which he was waging the war. Why didn’t Lincoln proclaim the freedom of slave in the part of the USA that he controlled, and that was known as the Union? The Union was in war against the Confederacy that had seceded. Had Lincoln limited his emancipation proclamation to the Confederacy in a strategy to weaken the enemy camp, by both depriving it of its main labor force and calling national and international opprobrium on it as the ugly land of slavery?

On Tuesday 12 September 1876, King Leopold II of Belgium opens the Brussels Geographic Conference or “Congo-Conference”. Some forty “Africanists” attended: scholars, businesspeople, adventurers, government officials, military officers, religious missionaries, etc. King Leopold II organized the conference for a purpose he had behind his head and that he obtained, at the end of the conference when he closed it on 14 September 1876: the creation of the so-called “International African Association”. The IAA will be King Leopold II’s “humanitarian” and “civilizational” screen to establish his ultimate mercantile goal: the establishment of the so-called “Congo Free State”, a large territory in the heart of Africa, 76.4 times Belgium land area.

That huge territory, the peoples who live on it, the wealth on their soil and under it, all of that, overnight, became the King Leopold II’s private property. To exploit the “Congo Free State,” Leopold II would commit many genocides.

Wednesday 21st September 1898, the Voulet-Chanoine mission departs from Bamako on the Niger river, The French captains Paul Voulet and Julien Chanoine will commit against Africans some of the most horrible crimes of the French colonialist era, which is an uninterrupted river of African blood. In 2009, the Oxford University Press published Bertrand Taithe’s book, “The killer trail: A colonial scandal in the heart of Africa,” on Voulet’s and Chanoine’s massacres. Here is an excerpt:

“At one stage Chanoine raided a village a mere 50 km from Sokoto itself. The long list of raided villages included towns of 3 to 12,000 people. In every case ‘all the villages, all evacuated were burnt, the few individuals we met were taken prisoner’. Guides who lost their bearings or refused to show the way were executed. In Tibiri, Voulet executed the women of the chief who had run away. On 1 July in Karankalgo Chanoine had 150 women and children massacred in reprisal for their resistance.”

On Thursday 14 September 1905, Pierree Savorgnan de Brazza, the Italian French colonialist aggressor of Africans died. He was 53. On 10 September 1880, he had signed a treaty with Makoko, Kongo’s King.

On Monday 18 September 1961, Dag Hammarskjöld, Swedish public servant, 2nd Secretary-General of the United Nations (1953-61) and posthumous Nobel Peace Prize winner (1961), dies in a plane crash over Congo. He was 56.

Tuesday 2nd September 1975, Amadou diallo is born. This young African from Guinea died in New York on Thursday 4th February 1999. White policemen assassinated him. Another innocent Black man killed by the White American police. He was 23 years and four months.

Here is what Professor Carol Anderson writes about Amadou Diallo’s death in the prologue of her book “White Rage: The Unspoken Truth of Our Racial Divide” published on 31st May 2016:

“Although I first wrote about “white rage” in a Washington Post op-ed following the killing of Michael Brown and the subsequent uprising in Ferguson, Missouri, the concept started to germinate much earlier. It was in the wake of another death at the hands of police: that of Amadou Diallo, a West African immigrant, who, stepping out of his apartment building in New York City, was mowed down in a hail of NYPD bullets on February 4, 1999.2

Though the killing was horrific enough—forty-one bullets were fired, nineteen of which hit their target—what left me truly stunned was the clinical, antiseptic policy rationale espoused by New York City mayor Rudy Giuliani. On the news show Nightline, the mayor, virtually ignoring Diallo’s death, glibly and confidently spouted one statistic after the next to demonstrate how the NYPD was the “most restrained and best behaved police department you could imagine.” He touted policies that had reduced crime in New York and dismissed African Americans’ concerns about racial profiling, stop-and-frisk, and police brutality as unfounded. If the NYPD weren’t in those poorer neighborhoods, he asserted, the police would be accused of caring only about the affluent. Giuliani then countered that the real issue was the “community’s racism against the police” and unwillingness to take responsibility for the issues plaguing their neighborhoods.

But restrained and behaved police don’t fire forty-one bullets at an unarmed man. Moreover, New York’s aggressive law enforcement policy appeared to expend most of its energy on the groups bringing the smallest yield of criminal activity. In 1999, blacks and Hispanics, who made up 50 percent of New York City’s population, accounted for 84 percent of those stopped and frisked by the NYPD; while the majority of illegal drugs and weapons were found on the relatively small number of whites detained by police.

There obviously was so much more going on here with Amadou Diallo’s death than was actually being discussed throughout the media, more than Giuliani was letting on, and more than even the outraged discussions in the beauty shops and barbershops managed to pinpoint.5 Only I didn’t know what to call it, what to name the unsettling and disturbing performance by Giuliani that I had just witnessed.

Fifteen years later, I experienced that same feeling, although the circumstances this time were somewhat different. In August 2014, Ferguson, Missouri went up in flames, and commentators throughout the print and digital media served up variations of the same story: African Americans, angered by the police killing of an unarmed black teen, were taking out their frustration in unproductive and predictable ways— rampaging, burning, and looting.”