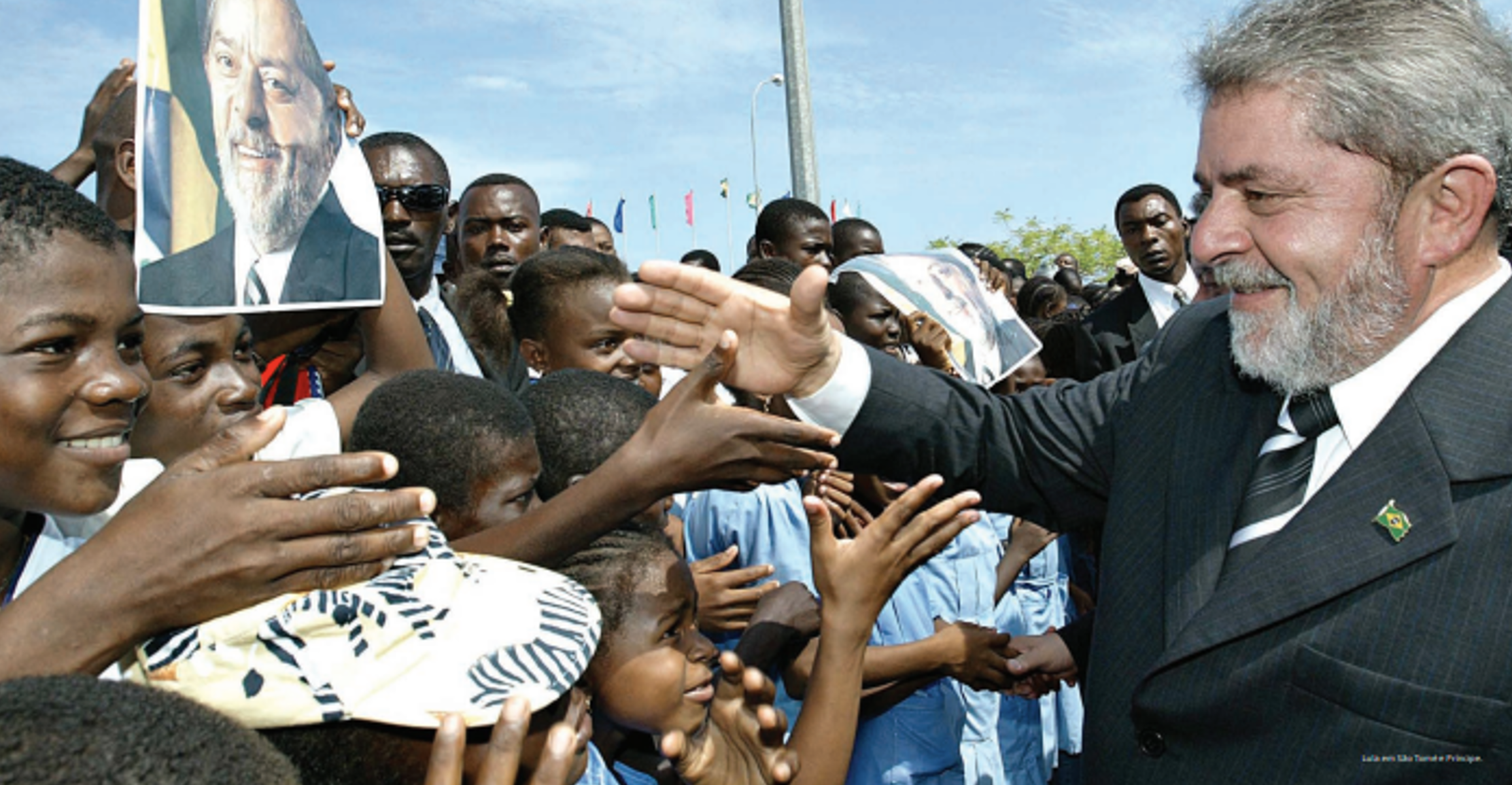 AFRICA WILL TAKE A PRIMORDIAL PLACE

AGAIN IN THE THIRD GOVERNMENT OF LULA

During the launch of the book: “Brazil in the world. 8 years of Lula’s government,” the former Brazilian president remarked that -if he is re-elected next October- his country’s foreign policy will once again be “active and haughty,” emphasizing at the same time that, on the one hand, Brazil it never sought to be hegemonic but rather proactive, respectful, supportive and “an equal to other States” in the global arena, while, on the other hand, it reflected on the loss of prominence that Itamaraty’s diplomacy has experienced at the regional and international level in these last four years of the Bolsonaro government.

Likewise, the leader of the Workers’ Party dedicated several words of praise to the mother continent and affirmed that “Africa will once again have a primordial place” in his next government. Lula recognized the importance of the African peoples in the past, present and future of Brazil. He even proudly recalled that he was called by the then Senegalese president, Abdoulaye Wade: “the first black president in the history of Brazil,” due to the close relationship he had with Africa, during his two terms as Head of State of the South American giant.

The book “Brazil in the world” is a photographic journey through the most outstanding milestones of Brazilian foreign policy between 2003 and 2011, whose photography was entirely in charge of the presidential photographer -and we could say Lula’s staff- Ricardo Stuckert. It is worth noting that Stuckert was the person who accompanied Lula during the most critical hours, prior to his arrest by the Paraná state justice system, for which he was acquitted by the Brazilian Supreme Court a couple of years later. Lula spent 580 days in prison for this clear case of Lawfare that sought to avoid the inevitable: his arrival at the presidency of Brazil, for the third time.

Celso Amorim, Lula’s chancellor during his two terms (2003-2011), stated about this book: “This is not a balance of Brazilian foreign policy in the eight years since the beginning of the first term, in January 2003. What we have here is a testament to the potential of Brazil as a country and as a people.”

Lula assumed his first mandate on January 1, 2003, and during the same year he was already setting foot on African lands and opening embassies on that continent: intertwining relations and settling historical debts with Africa. As it is possible to revisit the photographic book, in his first visit to Africa as president of the Federative Republic of Brazil, Lula visits five countries: São Tomé and Príncipe, Angola, Mozambique, Namibia and South Africa. Deepen relations with Africa was for Lula “A moral duty and a strategic need for Brazil.”

Brazil was at that time assuming the presidency of the Community of the Portuguese-Language Countries (CPLP).

In a message to his African counterparts, Lula highlighted the fraternal commitment as the rescue of the social debt forged in two of the darkest chapters in the history of humanity: slavery. Africa and Brazil remain united by strong cultural affinities and by the common objective of making cooperation or path for the social and economic development of the region. A trip expresses the commitment of two African leaders and the Brazilian leader to promote inclusion and social equity. The President of Brazil pointed out the responsibility of his country, with a more robust economy and a larger population, for acting in dialogue and concrete actions with generosity and solidarity with Africa. “Brazil wants fraternal partnership for the construction of a fair international policy, for equal opportunities, by democratic multilateral organizations,” said Lula.

During his first two governments, Lula visited Africa several times, not only the Portuguese-speaking countries, as he also visited: Benin, Burkina Faso, Cameroon, Congo, Gabon, Ghana, Namibia, Nigeria, Senegal, South Africa, among other countries. In addition, the leader of the Brazilian Workers’ Party developed a broad South-South Cooperation agenda to strengthen the bonds of brotherhood between Latin America and Africa. We highlight the role of the South American giant in the economic integration block made up of the five largest emerging economies in the world: Brazil, Russia, India, China and South Africa (BRICS), or its leadership in the framework of the African Union and the Summit of America South – Africa (ASA).

On both sides of the Pacific Ocean there is a lot of “saudade” for the reestablishment of Brazil-Africa relations. Many good things are yet to come.

“My relationship with Africa was not commercial, it was based on trust and gratitude.”

“This trip to the African continent was the fulfillment of a historic commitment of my party and my government and, I would say, of all the people, regardless of the two parties to which Brazil belongs, which I respect for the African continent and, more than anything, who know that Brazil has a debt with Africa.”