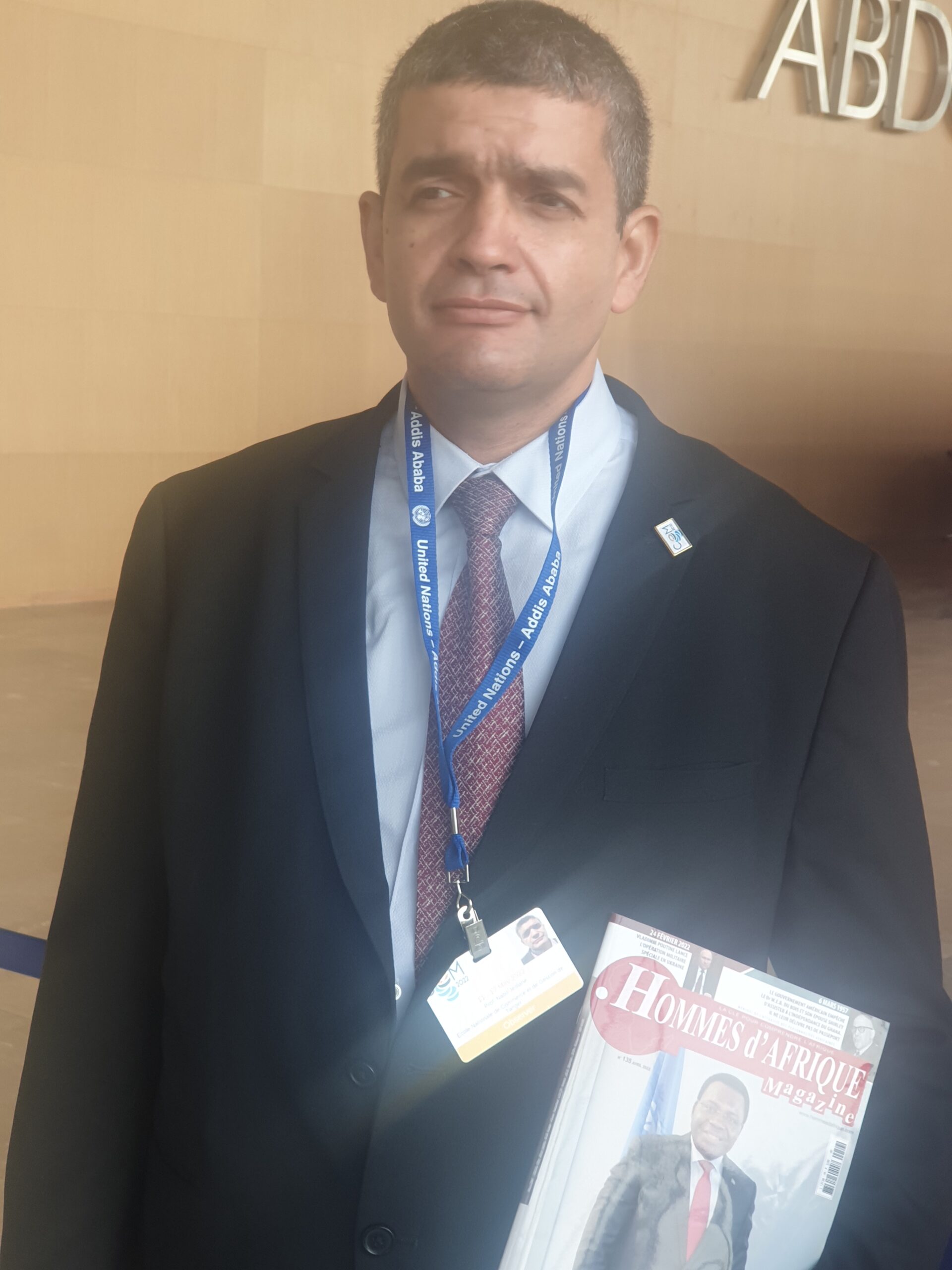 Nabil Jedlane, research professor at the national school of business and management in Tangier, head of the management department, head of the economics and risk management research team, proposes African solutions for the revival of African economies. He is one of the experts of the United Nations Economic Commission for Africa and as a member of the ECA young economist researchers.

As an expert, tell us how did your work go at the 54th ECA Ministerial Conference on the recovery of the African economy?

Already, it should be noted that the theme is topical. We discussed all the issues that really affect the development of Africa during these days. We also discussed several points, including sustainable development, which for me is not the least necessary.

We also touched on the issues of training, capital too. As we have seen, African states must have the necessary skills to be able to properly evaluate all these opening policies, all these recommended policies, and finally there is this very important gender approach that has been addressed.

I believe that there, too, at the African level, there are efforts to be made. At the level of the delegations, I appreciated the very positive responses from the various delegations who are aware of all these issues and who, in my opinion, the future for Africa is positive.

As a researcher, what are you advocating now for the revival of African economies, given the current economic situation?

Very good question. In relation to my field of specialty too, I believe that when we talk about Africa, we are talking about integration. Africa is the future, everyone knows it, growth at the global level. The African market is a very young and dynamic market, and the penetration rate is very important, which means that we have young people, gray matter and digital.

I believe that these are the very important ingredients to face the future. Now how do we articulate all this?  As far as I am concerned, I see that we have made very good progress on the issue of trade integration with the signing and ratification of the AFCFTA (African continental free trade area) but now for me, the time has come to launch other types of integrations, financial and monetary integration.

There is also monetary integration, which we really need to talk about. We have seen a number of African countries that have adopted cryptocurrencies as their national currency, including the Central African Republic. I think it’s time to react by saying that cryptocurrencies represent a lot of advantages, but the disadvantages are there, the main one being volatility.

We have seen that since November 2021, the value of cryptos has fallen by 55% on average. And if we take the last three days, there is a cryptocurrency, I don’t want to mention it, but we call it a currency, but stable that has lost 98% of the rate of its value. This shows how much is at stake and we must react in time. And among the recommendations that I have made is the creation of a digital currency of the common central banks. Why a central bank? Because the cryptocurrency problem is the absence of a regulator, a central bank, the absence of a trusted third party. If the central banks agree to create a monetary agency, or an African central bank, and launch this digital currency of central banks, it would be good.

Firstly, it is not very complicated in relation to the currency because I am taking stock of this history of a common currency and not a single one, because in general, when we opt for a single currency, we have to abandon our national currencies and then we lose our monetary policy instrument.

But when we talk about a common currency, here it coexists with national currencies. That is to say, we would be in a two-currency system, which is to say two currencies that circulate. Well, then you can tell me that not all countries can get together or agree on this.

How can the process of economic integration of Africa be carried out?

We start first with those who are ready. The others will join later. This was the case with the AFCFTA. If we had said to wait for everyone, we would never have been able to sign it. So that’s very important. As a result, those who are ready can already start. And there is a demand for them to start adopting cryptocurrency as their national currency, so it is better to have a common African currency that is regulated by the central banks and the central bank of Africa.

There is another point that is very important. At the international level, uncertainties are becoming more and more important. There is the Covid-19 crisis, and Africa has reacted very well, it has been able to demonstrate during this crisis a different face, a very good image of solidarity and good governance, it must be pointed out because every time we talk about Africa we think of diseases, wars and there, Africa has shown that it has its own skills, its managers, its women and men and I put a good emphasis on its African women, African leadership.

Currently, what could upset the integrationist optimism that you suggest?

In relation to uncertainty, this is the Ukrainian-Russian problem. There is a problem there because we have seen the impact on raw materials, on logistics chains, etc. The other point is that there is a currency war, it started about ten years ago. There was a war between the US dollar, the Yuan and the Euro. But then there is the ruble that is added. So, Africa should have a reserve currency, a common currency to use in case of problems because time is very important. We must therefore react by saying that we have lost enough time to act.