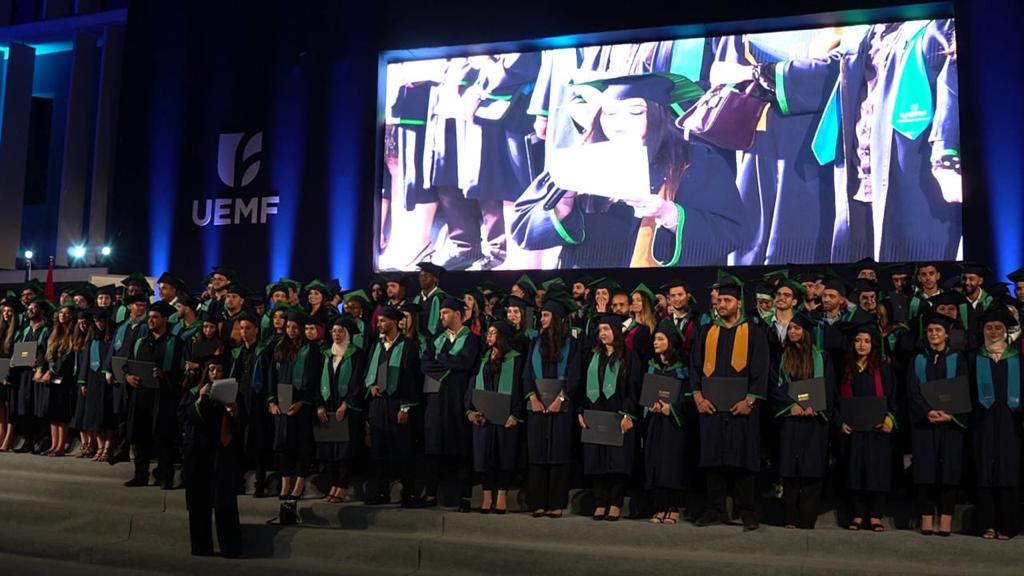 THIS MOROCCAN FOUNDATION PROPOSES WHAT IT LABELS THE  «TAMKINE EQUATION FOR THE QUALITATIVE IMPROVEMENT OF EDUCATION.” INTERESTING IN TODAY’S WORLD WHERE MORE THAN EVER A NATION’S EDUCATION SYSTEM’S QUALITY DETERMINES HER LEVEL OF PROSPERITY AND POWER. WHAT CAN AFRICA LEARN FROM THAT EQUATION? A LOT. BELOW IS A SUMMARY OF THE TAMKINE FOUNDATION’S FUNDEMANDALS, VISON AND ACTIONS.

Let excellence become the rule, not the exception!

This is what the Tamkine Foundation stands for, carrying the message of excellence and using Information and Communication Technologies as a lever for qualitative improvement of education in Morocco, through the and implementation of the ‘Tamkine Equation for the Qualitative Improvement of Education.’

A vigorous, proactive and enterprising education system, attentive to and in tune with the changes in its socio-economic environment, regularly acquiring appropriate technological tools to achieve continuous improvement in the performance of the variables in its equation and to meet the needs of said environment, is the foundation of vibrant communities, thriving societies and emerging nations.

The programs of the TAMKINE FOUNDATION, focused on the qualitative improvement of education, financed by recourse to the generosity of patrons, corporate citizens, specialized national and international organizations, and national and international foundations, and in the framework of specific projects, invites parents, teachers, members of educational bodies, tutors, elected bodies, local authorities and components of civil society to become its partners with the aim of providing any support enabling the country’s youth, to its future graduates to become fulfilled citizens in their personal lives, economically productive and engaged in their community.

While the number of secondary school graduates is increasing, those among these graduates who achieve results enabling them to meet the prerequisites of national and foreign schools and universities are decreasing year after year.

The programs of the TAMKINE FOUNDATION, its actions in the field, its activities, as well as the projects it develops and implements with the support and participation of its partners, and in close collaboration with the government authorities responsible for national education and higher education, aim to strengthen the learning capacities of learners and the level of their school results, to enhance their skills, particularly in scientific subjects, which is likely to increase the number among them who can access great schools and the best universities in Morocco and around the world.

The world our nation’s graduates are entering is more competitive, more connected, and more technology-driven than ever before. It is therefore imperative to undertake everything to provide our youth with the necessary and appropriate tools, to strengthen their capacity for assimilation, to facilitate their integration into the productive world, and their contribution to the economic and social development of the country.

This is the challenge that the TAMKINE FOUNDATION has set itself to, and that it strives to take up in collaboration with the vibrant forces of the country, in partnership with its institutions, its organizations and the members of its civil society, specialized civilians, and with the involvement of goodwill from all over the Kingdom.

For undertaking this challenge, the TAMKINE FOUNDATION has opted for an innovative and creative approach to the integration of Information and Communication Technologies into the educational, training, support and guidance process, by the means of an equation it has developed to facilitate the task by including all the stakeholders in charge of various actions in the educational sphere.

This innovative dynamic allows us not only to strengthen the learning capacities of the target populations, thereby contributing to a substantial improvement in their academic results, but also to identify the best among them, those who are distinguished by the excellence of their results in such a way as to provide them with the required orientation and the necessary framework for a university education allowing them to accomplish themselves, to achieve their full potential and to achieve the objectives they have set for themselves.

Tamkine Excellence, another milestone in the Foundation’s innovative and creative system, focused on the development of excellence, its supervision and follow-up, opens up the possibility, via a platform developed by the Foundation and dedicated to the program, to students who distinguished themselves by the excellence of their results in the qualifying examinations, and in particular those of the baccalaureate of secondary education, to apply for EXCELLENCE SCHOLARSHIPS and for MERIT SCHOLARSHIPS.

EXCELLENCE SCHOLARSHIPS and MERIT SCHOLARSHIPS are mobilized by the Foundation within the framework of its partnerships with Universities and Grad Schools in Morocco and abroad. Other resources, such as plane and transport tickets to participate in competitions to access said Grad Schools, travel both within the country and abroad, scientific, didactic and research equipment (laptops, tablets, etc.), advanced training courses in French and English and in business, seminars, and coaching and orientation sessions will, as they are mobilized by the Foundation, be part of its contribution to encourage and excellence.

The beneficiaries of Excellence Scholarships and Merit Scholarships are part of the Tamkine Community, and this allows them continuous access to the activities of the Foundation, its capacity building seminars, its orientation sessions as well as its conferences, round tables, and meetings with national and international business leaders.

This first component of Tamkine Excellence implemented, and its results having demonstrated their relevance and being considered conclusive, the program management team, in coordination with the managers of the other programs of the Foundation and with its partners, is preparing to open the Professional Excellence project, which consists of the organization of training sessions for paramedical staff, secretaries and executive assistants with international benchmarking.

The importance of the needs of the labor market being, and considering the limited means, the Foundation intends to submit the implementation of this part of the Tamkine Excellence Program to the financing of national organizations and specialized international foundations.

The experiments carried out and successful in this field by countries such as Egypt and Jordan, to name only the most recent among them, lead us to approach this second component of the Tamkine Excellence Program with serenity and optimism.

The variables of the Tamkine’s Equation for the qualitative improvement of Education:

Having devoted its primary vocation to tutoring and remediation, The Tamkine Foundation has determined that contributing to the qualitative improvement of education should be within an inclusive, collaborative, creative and innovative approach that goes beyond tutoring on its own to encompass all the variables of the educational sphere to reach excellence for which it is preaching. Hence the Tamkine Equation.